Kerala is renowned for its serene natural beauty, idyllic backwaters, sprawling tea gardens, scenic beaches, and colorful dance forms. Famously known as “God’s Own Country”, the list of endless tourist destinations in Kerala is sure to mesmerize any traveler from any corner of the globe. The state also has several palaces, forts, museums, monuments, and pilgrim centers that speak a lot about its rich heritage and thriving culture. Every destination you visit in Kerala will enchant you with both manmade and natural brilliance.

Located on the Malabar Coast of Southern India, Kerala has everything that travelers can ask for from their vacation. Whether they want to enjoy the sun on the sandy beaches of Kovalam or experience the pleasant cold of Munnar hill station or even explore the bustling streets of Kochi – Kerala has everything. It is simply among the best tropical tourist destinations one can look for. Another unique advantage of visiting Kerala is that it usually takes a two to four-hour drive to go from one destination to the other. Owing to the moderate climate throughout the year and the various festivals and events, the best season to visit Kerala never ends.

Our short and sweet Kerala tour package is one that is dedicated to the avid explorer. Wander till you are lost in the incredible history of Trivandrum, the labyrinthine waters of Alleppey, and the murmur of Cochin’s commotion. 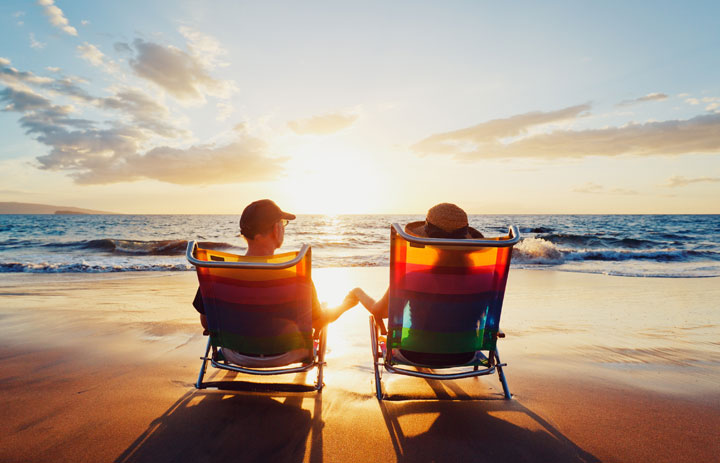 On the first day of this Kerala tour, our representatives will be greeting you at Trivandrum International Airport/Railway station. You will be guided out and then transferred to Kovalam Beach, checking in at the hotel upon arrival.

Situated at around 13 kms from Thiruvananthapuram, Kovalam is an idyllic beach town famous for its three adjacent crescent beaches. There’s a huge rocky promontory on the beach as well that creates a bay of calm and shallow waters suitable for sea bathing. Kovalam offers a variety of activities and leisure options at the beach. Some of them are sunbathing, herbal body toning, swimming, cultural programs, and catamaran cruising.

Usually, the activities at the beach start late in the day that continues until night. Tourists can also find a range of budget cottages, convention facilities, shopping zones, health resorts, and Yoga and Ayurvedic massage centers. At Kovalam, you get a wide range of five-star and budget hotels, and the food options available at restaurants range from Continental to South Indian delicacies.

Kovalam beach is rated among the top 100 beaches in the world. With inviting blue waters and an exotic crescent shape, Kovalam is Kerala’s coastal paradise. After checking in, the rest of the day is to stroll through the sands and witness the sundown on Kovalam’s scenic horizon. Overnight stay will be at the hotel. 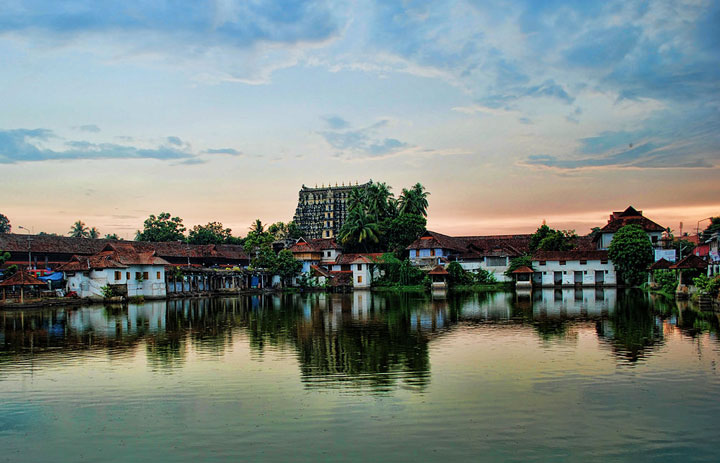 After breakfast, you will be taken on a tour of the historic city of Thiruvananthapuram. This will include visits to Padmanabhaswamy Temple, Horse Palace, Napier Museum, and Srichitra Art Gallery.

Sree Padmanabhaswamy Temple was constructed in the 8th century and is dedicated to Lord Vishnu. It is said to be one of the 108 holy abodes or “Divya Desams” of Lord Vishnu, where Padmanabha, his reincarnation is worshipped. Besides, it is one of the few temples in India, where only Hindus are allowed to enter. The devotees follow strict rules of worship and dress codes and gather in massive numbers to get a glimpse of the deity.

The palace of the horses is also known as the “Kuthiramalika Palace Museum”. It is a two-storied palace not very far from the Sree Padmanabhaswamy Temple and has 122 wooden horses carved into the wooden wall brackets. Kuthiramalika Palace Museum was built by Swathi Thirunal Balaram Varma, who was the ruler of the Travancore Kingdom in British India. Constructed from teak wood, rosewood, marble, and granite, the museum holds several idols and sculptures, Kathakali figures, paintings, Belgian mirrors, and other priceless collections of the Travancore family.

Right in the heart of Thiruvananthapuram lies the famous Napier Museum. It is named after John Napier, the former Madras Governor General. One can see a good mix of architectural styles in the museum – Indian, Chinese, Kerala, and Mughal. It houses several bronze idols, ancient ornaments, ivory carvings, and a temple chariot. The Japanese shadow-play leader that is used to depict the epic of the Mahabharata and Ramayana is a major attraction of the museum.

Sri Chitra Thirunal, the erstwhile Maharaja of Travancore, first opened the Sri Chitra Art Gallery to the public on the 25th of September, 1935. The art gallery provides a collection of paintings that denote the different genres and painting styles in India as well as from other parts of Asia. The Royal House of Travancore and the Kilimanoor Royal family have contributed to much of the paintings collection in the gallery.

Lunch will be back at the hotel and afternoon will be free to relax by the beach. Overnight stay will be at the hotel. 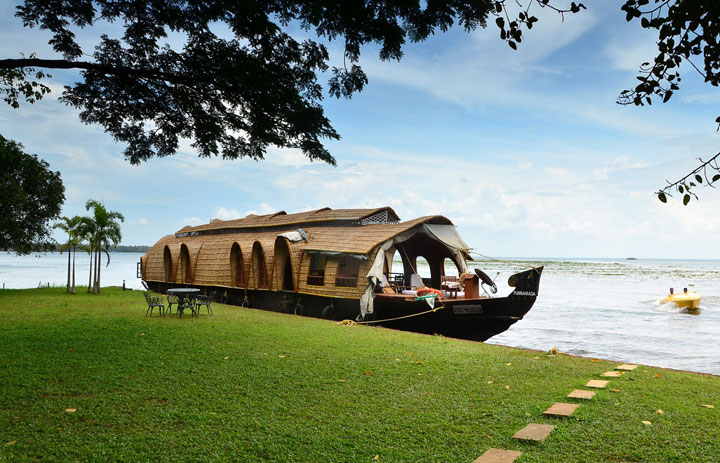 Your Kerala trip continues with a post-breakfast drive to Alleppey. On arrival, you will be boarding a traditional Kerala houseboat which will cruise through Alleppey’s winding waterways, providing an insight into the lifestyle, culture, and unrelenting beauty of small fishing villages.

Alleppey is often referred to as “the Venice of the East” due to its huge network of backwaters and numerous houseboats. In the olden times, people used to have a “Kettuvallam”, which was later modified and reworked to build the modern-day houseboat with air conditioners, toilets, cozy living rooms, a kitchen, and a balcony. The “Kettuvallam” is derived from the words – “Kettu” meaning living structures, and “vallom” meaning boat. The Kettuvallams were able to carry tons of rice and spices back then.

A houseboat cruise is a perfect place to enjoy an uninterrupted view of life in the backwaters. You can just float along and witness the watery world of hamlets, the paddy fields, punted canoes, and the village life along the banks. A Kerala tourism houseboat offers some of the most beautiful and relaxing experiences in your South India tour.

Overnight stay will be in the houseboat. 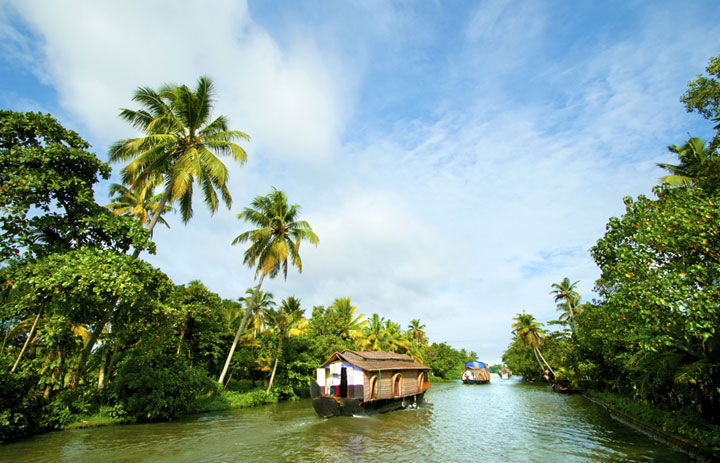 After breakfast, you will be disembarking the houseboat and our transfer services will take you to a beautiful backwater resort. The rest of the day is to relax at the resort.

The city of Alleppey bordering the Laccadive Sea is famous for its wide network of interlinking canals called backwaters as well as its Ayurvedic resorts. After you experience the blissful Houseboat cruise, you can visit Alleppey beach in the Arabian Sea. What adds to the magic of the beach is the 137-year-old pier that extends into the sea and the 17th-century lighthouse built by the Portuguese. On a trip to Alleppey, you can also witness the traditional snake boat race that happens in August and September. You can try some toddy or palm wine at a local toddy shop to add a bit of authenticity to your Alleppey tourism experience.

Meandering waterways, canopies of coconut trees, and many other sights will make this trip to Kerala a very memorable one. 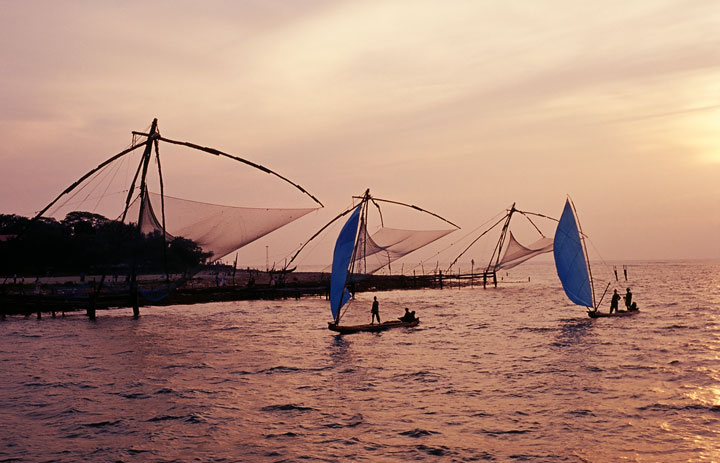 The last destination of this Kerala tour package will be Cochin. After breakfast, you will be transferred to your hotel in Cochin. After checking in, your tour of Cochin starts in the afternoon, with sightseeing around town. This will include visits to St. Francis Church, 500-year-old Portuguese houses, Chinese fishing nets, a 16th-century synagogue, and Mattancherry Palace, which was built by the Portuguese and houses some very interesting and notable mural paintings.

Cochin is situated on the southwest coast of India. Since the 19th century, Cochin was an important foreign trade center. It is arguably the ideal point where one can start exploring Kerala, and the city is sometimes also referred to as the Gateway to Kerala.

Cochin is a lovely city lying between the Western Ghats on the east and the Arabian Sea on the west. Due to its proximity to the equator, the water bodies, and the hills, the prominent climate is of moderate equatorial type. The city gives out a bewitching blend of colonialism and local flavors with its European churches, forts, alleyways, spice markets, and beaches. Moreover, Cochin has innovatively used eco-tours and art exhibitions to offer a lot more to its visiting travelers. This has made it one of the most sought-after destinations in India.

In the evening you will be attending a “Kathakali” event, which is a traditional Malayali dance form that depicts stories from Hindu mythology. Overnight stay will be at the hotel.

Our cab services will transfer you to the airport or railway station for the rest of your journey.

Cost for 02 Persons in INR